Welcome to the Watershed Resources Registry website! This is an informational site about the WRR Initiative and an access point for state specific WRRs.

The WRR Initiative began with a desire to create a tool for environmental professionals that would allow them to identify potential sites for restoration and/or preservation. One of the central goals for this Initiative was to shift mitigation away from a piecemeal approach and towards a more holistic strategy. The resulting products of the endeavor are a series of Watershed Resource Registries (or WRRs). These are state-specific, preservation and restoration models displayed on an interactive online mapping tool that also features a large number of high-quality datasets for regulatory and other environmental planning goals.

Each state’s WRR is created with the collaboration of a team of federal, state, and sometimes local partners. The state teams develop a cohesive vision for the conservation priorities of their state. From those priorities, a series of methodologies are developed to define how they will prioritize certain potential sites over others. These methodologies are converted into spatial analyses which score potential restoration and preservation sites on a scale of one to five stars. The results of these spatial analyses are then available to the public as a map overlay in the state’s online mapping tool. Through this process, methodologies, and their resulting spatial analyses, are generally developed for four main categories: wetlands, riparian areas, terrestrial areas, and stormwater management control.

Since its original conception, the WRR Initiative has expanded its central goal. While the spatial analyses will always remain a central component of current and future WRRs, the core WRR Initiative team has committed to building out an increasingly powerful mapping tool to meet an array of needs for a wide-variety of working professionals. WRRs now allow users to add outside data to a work session, run specialized location details reports, and save work sessions. WRRs are also actively being adapted to integrate with other Federal mapping tools.

Here are some of the ways that environmental professionals can use a WRR:

WRRs are now available in Delaware, Maryland, Pennsylvania, Virginia, and West Virginia and South Carolina. WRRs for New Jersey and Alaska are currently in progress. The tool has also sparked interest in other states in the mid-Atlantic and beyond.

The map on the right displays active state WRRs in green and in-progress WRRs in yellow. To access more information on a given state’s project and its corresponding mapping tool, click on the "State Registries" drop-down menu in the upper right-hand corner of your screen. If your state does not show in green or yellow and you're interested in helping start a WRR, check out the link above for "Developing A Registry".

After exploring the site or utilizing the mapping tools, we invite your feedback. Please email comments and questions to Theresa Foye at tfoye@menv.com. or by visiting the Contact Us page. 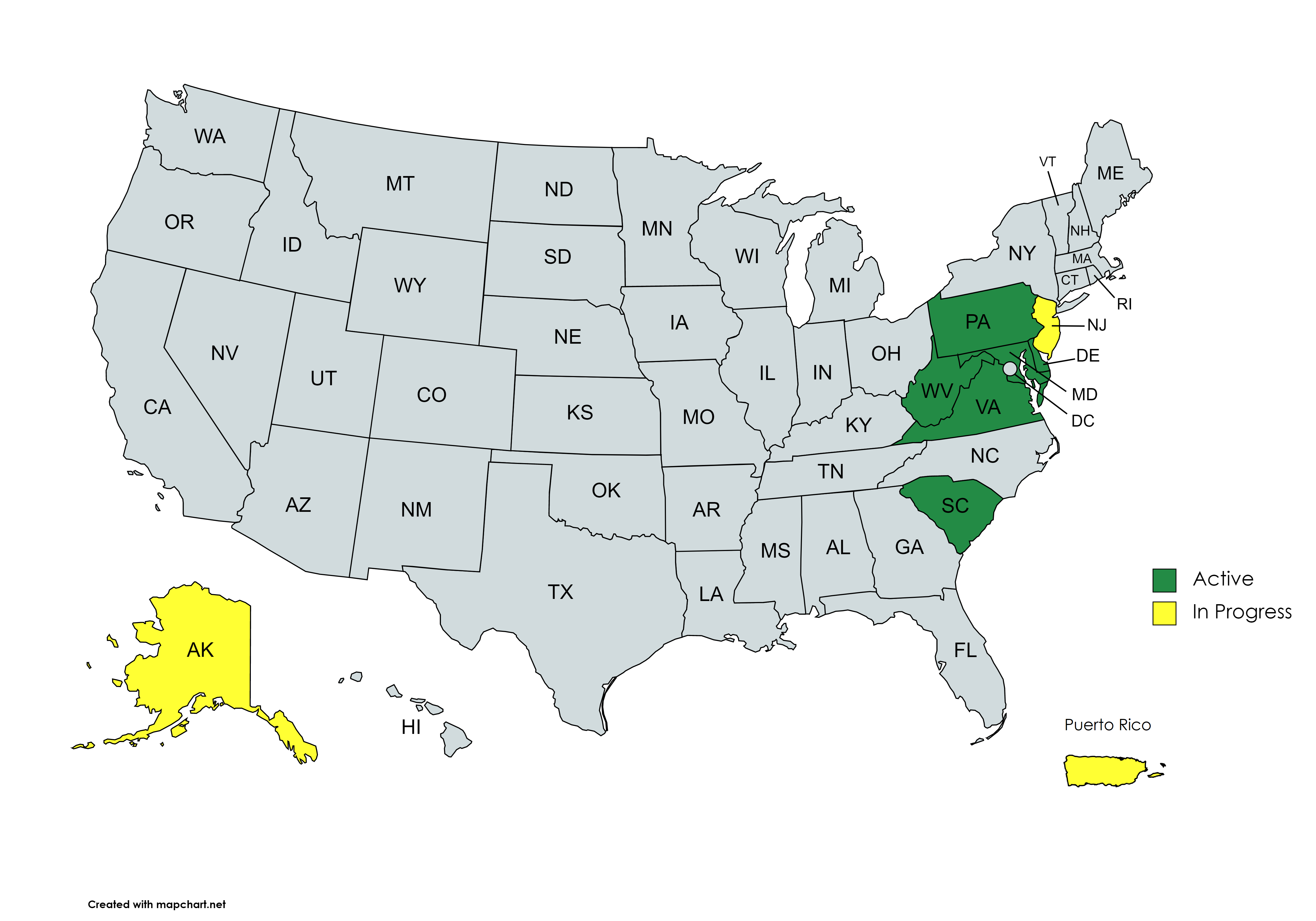